This is week 2 with Phil. Read more about him, or skip down to the interview…

Phil Proctor is the pastor of Sterling Presbyterian Church (OPC) in Sterling, VA, just outside the 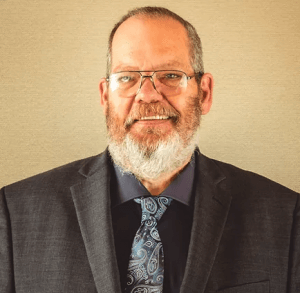 Washington DC metro area. He was formerly an OPC Missionary to Uganda. He and his wife, Meredith, have 4 adult children.

Here are Phil’s answers to our final 3 questions of the interview….

Something that I’ve brought in from outside the Reformed world is the importance of community. From neighborhoods to gaming to identity groups, we are community makers. Making sure that the church is a sanctified community and building that community around the Gospel and nothing else makes evangelism more natural.

One of the ways we’ve tried to build community is by going to the same restaurants and grocery stores, and this has led to relationships being built. A Panera that I frequently go to had a very nice lady who knew I was a pastor, because she would see me with my Bible studying. One day another customer who knew the barista as well was articulating a personal crisis, and the barista pointed for her to go to the pastor. That led to a relationship with 2 families who attended Sterling for a time.

When we came to Sterling, we started having Sunday evening fellowships in one another’s homes, and hospitality has always been a mark of the church prior to and during our time here. When people come to worship, there’s often a hesitancy, because this isn’t “church” as they know it – whether production oriented or ornately liturgical. When they see the joyful worship and the welcoming fellowship it’s attractive no matter one’s cultural background. Another method of outreach has been an app called “Meetup.” You can sponsor a group for an annual fee and we have a few different groups – one aimed at atheists, one for the Sterling Virginia community, and one aimed at Christians who have heard about the Reformed Faith and want to know more about it. This last one has led to 2 people coming to the church. Having men’s meetings in public places near the facility we rent on Sundays has led to interest – a group of guys earnestly talking about covenant baptism and/or how to be a better Dad often leads to interested glances (so far).

One of the most important emphases of a healthy and growing church is “the Gospel plus Nothing” ministry. Setting aside, as much as possible, the other areas of Christian practice that brothers and sisters may differ on creates a congregation who is defined by the Word, the Gospel, and nothing else. This in no way means our Reformed distinctives are played down – the Doctrines of Grace are as clearly held forth as I am able, and Confessionalism and Presbyterianism is clear in our teaching and practice. Letting God bring people along, and trying to wisely encourage people along leads to some leaving after a while and some staying and becoming part of the congregation. Whatever God chooses to do, our job is simple.

What is a great idea or practice you learned from someone within the Reformed world?

The sovereignty of God in all things, including evangelism’s “results”, is a great encouragement. Just live life and in all you do and seek to glorify God and reflect the character of Jesus Christ and you will shine in the darkness. When people ask, and if you’re living in community with nonbelievers, they will ask, let them know the Christ whom you love. My favorite Biblical model of evangelism is the Samaritan woman at the well – she had no period of training and her basic theological struggle was probably heresy (worship on Mount Zion or Mount Gerazim), but she could easily and joyfully say “come and see this man!” Anyone can invite someone to church to come and hear Jesus, and my job as a preacher is to preach Christ Jesus clearly and winsomely from every text in which he is central (and every text points to Him).

What is the most “successful” outreach thing you’ve done or what has most contributed to your “success?” —not necessarily you personally, could be something you’ve implemented in church life or a collective church practice or approach.

Probably the most success we’ve had has been from medium to long-term relationships. Most people who visit the church as a result of an invitation have known the person for some length of time and have been invited more than once before they show up for the first time. Another important tool has been a solid and good-looking internet presence. We dress up for church to show that we take God’s worship seriously; there’s no reason not to put either the time or the money into developing a web presence that looks professional. I’m not a big fan of “internet ministry” and think most pastors probably spend too much time online, but online is our new Yellow Pages in terms of people searching for your church and your beliefs. Have a good webpage with your beliefs clearly and simply laid out and links to sermons and Sunday Schools, and anyone who spends the time to really check you out comes knowing what to expect and already inclined to respond positively.