Our post several weeks ago about how well-intended questions could be unwelcoming to visitors (“Unwelcoming Welcome”) received a lot of good feedback, was passed around congregational email lists, and led to requests for more help in this area.

Today, let’s look at questions and conversation once you get beyond the initial chitchat phase. These may happen in a first encounter, but are more likely to come in follow-up conversations with a regular visitor—maybe after worship, or maybe if they come to a church picnic or you have them to your house for a meal. Once you know where they live and work and something about their kids and interests, how do create space for good, meaningful conversation beyond that first interaction?

A significant factor in whether we will develop meaningful, ongoing conversation is determined before we ever say a word. What is our attitude and posture going into conversation with outsiders?

1) Are you willing to suspend judgment in the beginning of a relationship in order to draw a person out and get to know them and what they think and believe?

To put it another way: is it acceptable, or even desirable, to have a conversation where they tell you all kinds of wrong things and you say very little?

Or is every conversation an opportunity for you to rid the world of false teaching, heresy, and unbelief?

2) Do we think about and empathize with what the outsider thinks and feels when they enter our circle or home?

As Christians, we are strange to them. We don’t see the world the same way they do. They may regard us as dangerous and an opponent. Our ideas threaten things they value. These perceptions greatly inhibit our ability to have spiritual conversations.

When somebody enters a conversation Sunday after church or agrees to come to your home, this seems like a normal and non-threatening event to us. But often

, that’s not the case because we forget what people think of Christians. Their first step into a conversation or a meal might feel to them as awkward as we would feel being invited to dinner with a gay couple, or heading out for drinks at a biker bar, or maybe worst of all going out to watch the big game when we know nothing about sports.

How will you overcome these hindrances as quickly as possible?

In a recent survey, here are two popular things unbelievers said about Christians:

–“It seems like they don’t care about me or my views. They’re all about what they want to pull me into…They try to open me up to their ‘new views,’ but it’s kind of like it doesn’t matter what I tell them.”

–“I’d say 75% of these people don’t really care who I am. They just want to build up their church or something.”

These things should not be true of us, and we believe they are not true of us. But perception matters. If unbelievers perceive us in that way it should matter to us and shape or change how we interact with them.

3) How do we use questions? Are they effective to draw people out and help us be good listeners or are they weapons to (unknowingly) end the conversation?

Often it seems that we use questions to further our goals in the conversation rather than to help the outsider open up. Our conversations can look like a championship tennis match where we are just waiting for the outsider to hit a 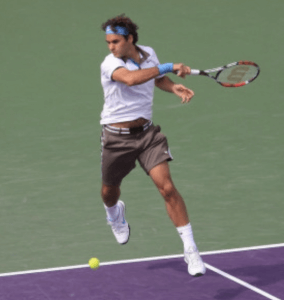 weak shot so we can send a winner down the line.

How do you respond when an outsider says, “I don’t think you can say what’s right and wrong for somebody else?”

Option 1: “In saying that you reveal it’s not authority you have a problem with as long as it’s your own authority.” (….forehand down the line, 40-0 game point)

Option 2: “What about Hitler, was he OK since he thought he was right?” (game, set, match…..and the end of the conversation (and maybe the relationship)

Option 3: “How do you think a person should determine what is right and wrong for themselves?”

Be honest: You’ve heard 1 & 2, and maybe have said them (or some similar version) in this setting. You may be thinking, what’s wrong with Option 1 & 2? Well, it’s a question of context. We are talking about people you’ve met and had one or two brief interactions and now they are in your home for the first time or you are having your first or second more significant conversation.

That approach may work in a theological debate with your Christian friends if they are really looking to dig in. It might work with your long-time friend who you have a trusted friendship with; it doesn’t work with an outsider who is exploring your church community or Christianity. You may never hear from them again and you may even assume God wasn’t at work and they just didn’t wanted to hear the truth. Unintentionally your best efforts may not be edifying. Not because your words were wrong, but because you don’t have a relationship and trust with the person. In one sentence, you’ve confirmed their perception that we just want to be right and don’t care about them or what they think. We would be better served to suspend judgment temporarily and draw them out to learn more about them. We need to get better at and become natural using Option #3.

One more example: How do you respond when an outsider says, “I can’t believe in a God that allows bad things to happen?”

Option 1: “The only way it can make sense is to believe in the God of the Bible. Apart from that, nothing makes sense.” (forehand right on the line)

Option 2: “Why do you think God has to answer to you?” (high fives all around)

Option 3: Do you think it would be possible for an all powerful God to incorporate suffering and bad things into His plan and maybe even use it for good?”…. “Have you ever seen bad things turn out for good in life?”

It’s interesting to note that depending on the audience Jesus often used questions this way (option 3 style)…. but that’s for another time.

The only way you incorporate this into your interactions and relationships is to:

a) be intentional about it

b) give up control of the conversation (not trying to get your point across, or use questions as a springboard to your point. You want them to be drawn out and even encouraged to think with open-ended questions that aren’t too severe.

c) temporarily suspend judgment to learn and get to know them. Have genuine concern for them—who they are, what they think, where that comes from. (There’s no tennis match to win, you are volleying back and forth to get a feel for the game).

Here’s a challenge for you: Think about how this approach would look for you, and be intentional about using it with one unbeliever in your life in the near future. Try this approach and see what happens. Think about it in advance–not as a script, but just as preparation for trying something new. Report back to us if you have a good story—reply to an email from us or use the form on the website.