What if your neighbor actually loves liturgy more than you?

In November at the Regional Church Extension Conference, multiple sessions were dedicated to the topic of 2 recent books by James K.A. Smith—Desiring the Kingdom and You Are What You Love. I (Brad Hertzog) led the sessions with 25 men—chairmen of Presbytery Missions Committees and our Regional Home Missionaries. I entitled the sessions: “Exegeting Your Community: Lovers Not Thinkers.” Today we begin a series of posts that will bring this consideration to Outward OPC. 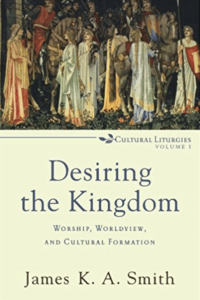 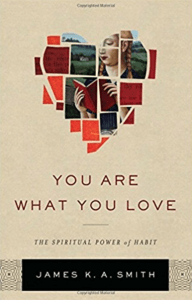 The Importance of This Topic for the OPC

John Shaw recently recommended “You Are What You Love” at the Church Planters’ Conference. I asked him what he thought of the book and why he was recommending it:

“To be an effective evangelist, we need to be not only a good speaker, but an equally good listener. We need to understand the people the Lord brings across our path, and we also need to understand ourselves. We are all shaped, whether we realize it or not, by the culture in which we live and move. One thing that Smith does well is teach us how to observe the world in which we live, understand what ideas and activities and passions drive our neighbors and ourselves, and therefore better understand what motivates and drives us. To understand these things, and therefore understand our neighbors, makes us better equipped to empathize and evangelize.”

I’ve been reading and contemplating Smith’s works for about 4 years thanks to a recommendation from my friend and OPC Pastor Ben Miller. I’ve read Desiring a couple of times, looked over my notes a dozen times and read Imagining, You Are What You Love as well as reviews and related articles. You might think I’m a fanboy and have a Jamie Smith T-Shirt. I’m actually not

a fanboy. No T-shirt, though I’ve entertained a “Keep Calm And Read Jamie” motif. I simply find his work profound and thought-provoking for us Reformed folks. I don’t see it as a correction of our ways, but an expansion of our thinking with huge implications in a number of areas. Foremost for me is: how we think about unchurched people and what makes them who they are.

Here’s the heart of Smith’s work from 10,000 feet: He wants to challenge the idea that what primarily forms people into who they are is what they think. He even wants to challenge that it’s not primarily what they believe. His thesis is that the most formative aspect of a person is what they LOVE. This is true of every human being—Christian and non-Christian alike. Here’s how Smith puts it:

“What if, instead of starting from the assumption that human beings are thinking things, we started from the conviction that human beings are first and foremost lovers? What if you are defined not by what you know but by what you desire? What if the center and seat of the human person is found not in the heady regions of the intellect but in the gut-level regions of the heart?”

The following quote jumps ahead to a summary he gives early in the book. It gives you a preview of other strands of thought, but explicitly states the “person as thinker” thesis:

“We have now articulated an alternative to the person-as-thinker and person-as-believer models in the person-as-lover model. We have highlighted four key elements of this model: Human persons are intentional creatures whose fundamental way of “intending” the world is love or desire. This love or desire—which is unconscious or noncognitive—is always aimed at some vision of the good life, some particular articulation of the kingdom. What primes us to be so oriented—and act accordingly—is a set of habits or dispositions that are formed in us through affective, bodily means, especially bodily practices, routines, or rituals that grab hold of our hearts through our imagination, which is closely linked to our bodily senses.” 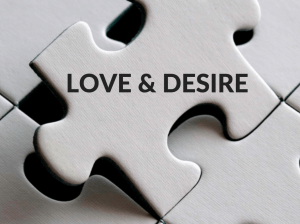 In this thesis, he does not want to devalue the importance of thinking and believing. This will become clear if you read his work, but he wants to highlight the inestimable power of love or desire in a person.

There is a second important part of his thesis that we need to preview before we start to draw some early implications. If people are formed primarily by what they desire or love, then we need to expand our thinking on both the kinds of things that form people and the power of those things. Smith calls what forms people “liturgies,” by which he means rituals or practices that are repeated and powerful in a person’s life. Liturgies direct a person’s love or desire toward something. These liturgies can be explicit or implicit. They can be sacred or secular.

Listen to Smith: “The core claim of this book is that liturgies (i.e. worship practices)—whether “sacred” or “secular”—shape and constitute our identities by forming our most fundamental desires and our most basic attunement to the world. In short, liturgies make us certain kinds of people, and what defines us is what we love. They do this because we are the sorts of animals whose orientation to the world is shaped from the body up more than from the head down. Liturgies aim our love to different ends precisely by training our hearts through our bodies. They prime us to approach the world in a certain way, to value certain things, to aim for certain goals, to pursue certain dreams, to work together on certain projects. In short, every liturgy constitutes a pedagogy that teaches us, in all sorts of precognitive ways, to be a certain kind of person.”

Now, if we start to put these things together we can begin to see a number of implications. As Smith develops his thesis he covers numerous significant implications for the life of a believer. Some of those we will get to by necessity of our more narrow interest, and some we may get to as this series of posts expand. But we are going to take an extended pause from the implications for our life as believers to consider how this affects our view of unbelievers. It’s here that we can perhaps see how this thesis addresses a possible blind spot for us Reformed folks, or at least a priority shift. Think about how we tend to view unbelievers and what shapes their worldview. If we see them as thinking-things or believing-things, then we will focus on what they read, where they get their news, what they think on hot button culture issues—whether they are conservative or progressive. But if we take Smith’s premise then we expand the institutions and also the power of those institutions. So for example, how is an unbeliever being formed by: school and the university, a family hobby or ritual, where the family or individual take vacation, tv and film, the sports world, and the shopping mall? Now, I am aware that we know these things have an influence-even strong influence on people, but I think Smith’s argument helps us to better understand the origin and power of those influences. It also helps us better understand the “why” of those influences. And perhaps most important it directs us where to look as well as how to engage and interact.

Smith works out a couple of examples, let’s glance at how he opens up one example: the shopping mall. 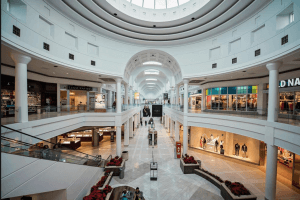 “It’s hard to think of the mall in terms of worldview, as a place where ideas are proffered(quite the opposite!); but if we look at it from the perspective of love and practice, we become attentive to what’s at stake and begin to notice things we hadn’t seen before.”

“[worldview talk] still tends to exhibit a fairly “heady” or cognitive picture of the human person, and thus still thinks that the site of contestation between worldviews or ground-motives is located in the realm of ideas.”

“But I think we run up against the limits of this approach when we try to make sense of the mall (to pick just one important cultural institution; we could also consider the university, the state, etc.) While with some hard work and some intellectual acrobatics one could make the case that what’s at stake at the mall is ideas or beliefs, I don’t think the faithful pilgrims to Hollister will find this very convincing. Indeed, the genius of mall religion is that it actually operates with a more holistic, affective, embodied anthropology (or theory of the human person) than the Christian church tends to assume! Because worldview-thinking still tends to focus on beliefs, is not really calibrated to see the quasi-liturgical practices at work in a site like the mall. And idea-centric or belief-centric approach will fail to see the pedagogy at work in the mall, and thus will also fail to articulate a critique and counter-pedagogy. In order to recognize the religious power and formative force of the mall, we need to adopt a paradigm of cultural critique and discernment that thinks even deeper than beliefs or worldviews and takes seriously the central role of formative practices—or what I’ll describe in this book at liturgies.”

“The pedagogy of the mall does not primarily take hold of the head, so to speak; it aims for the heart, for our guts, our kardia. It is a pedagogy of desire that gets hold of us through the body.“

Thought Exercise for you: I’ve intentionally left out the specifics of how Smith

fleshes this out. With this (somewhat brief) introduction to his thesis, can you work out some examples of the “mall liturgies?” How specific can you get—locations, demographics, intentional conventions, practices, circumstances? Ask your family to work it out together. We’d love to hear what you come up with!

This post will serve as an introduction to a more extended discussion in a series of occasional posts going forward. For now, let’s pause and let you think on these things. What’s your reaction? What questions do you have? Use the contact form (Email Form) and give us a one summary paragraph of “the liturgy of the mall.” We may share the best ones in a future post (anonymously).