Thanks to all who have taken a few minutes to take our initial survey. (If you haven’t there’s still time–How Outwardly Facing Are We? ). We expect to learn a lot from this and future surveys.

So far 75 people have taken it. At this point it’s almost all OPC. That’s intentional, and will change as more people get exposed to Outwardly OPC. For now, 69 of 75 are from the OPC.

Here is the interesting stat of the week:

We asked the following question:

Since you’ve become involved in Reformed Church(es), what statement best describes what you’ve seen in regard to conversions to Christianity from the world?  (Note: by “conversions from the world” we mean people who were lost/unchurched, weren’t Christians and then came to profess faith for the first time–adults or older children–probably accompanied by an adult baptism. This would not include children raised in the church who profess faith and come to the Lord’s Table. From the world, unchurched. 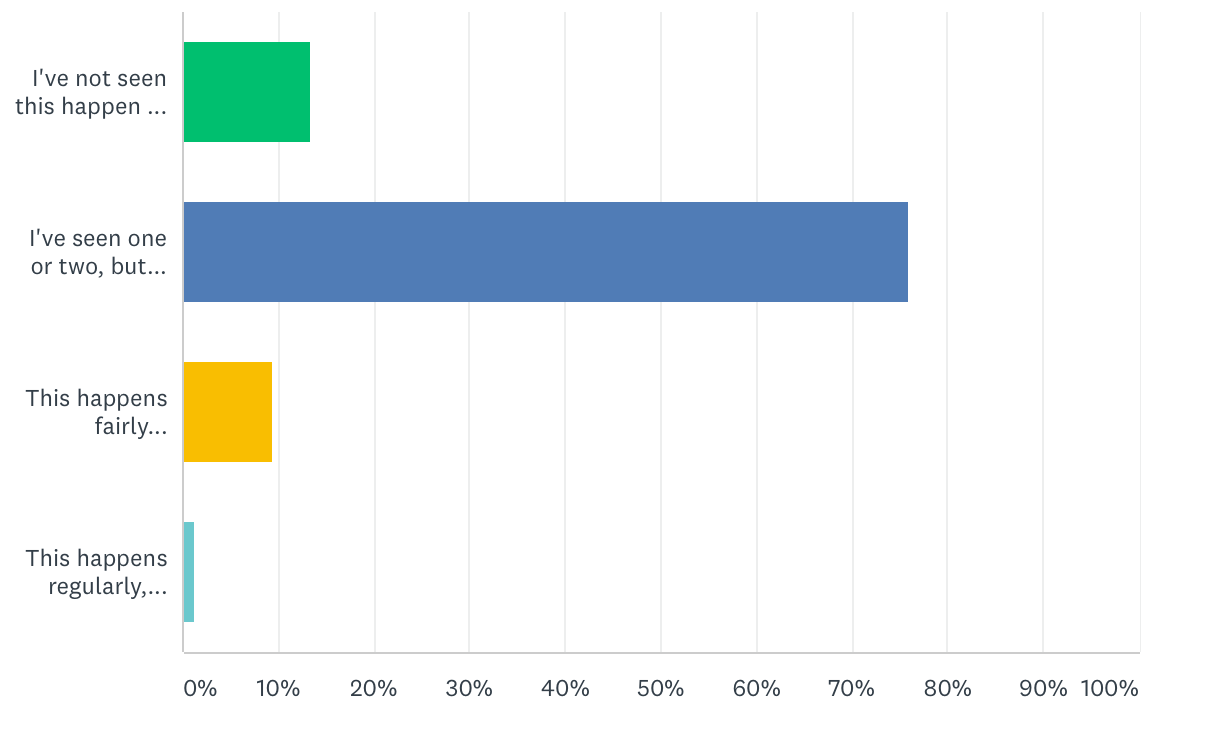 89% said either they haven’t seen any or they’ve seen 1 or 2 but they are few and far between and years go by without one.

Think about that, and let it sink in for a minute.

Now, maybe the question wasn’t worded the way you would have preferred, and the answer choices maybe aren’t perfect, but let’s not lose the forest for the trees. 67 out of 75 on this question said they either have never seen an adult conversation from the world join the church or they’ve seen 1 or 2 but years without any.

Does this surprise you? Is that what you would have expected?

There may be all kinds of qualifications or objections that come to mind as you read that stat.

“That’s not a huge sample. Probably not everyone’s experience.”

“The answers are leading….I don’t like the way the question is worded.”

Ok, we hear you. But realize we essentially walked up to 70 OPC people and a few other Reformed churches and heard that 89% aren’t seeing adult conversions join the church or seeing hardly any over the years.

Here’s the full tally of responses:

So, what do we do with this?

First of all, don’t panic. Don’t yell or throw anything at the wall.

But think about it. Talk to others about it. Does your church have a Q&A time…maybe bring it up there. Should it get a few minutes on a session or presbytery docket? Maybe. Or maybe you have it in mind to discuss at lunch. Ask one of your friends at church if they heard about the stat and survey and see what others think about it.

Let’s use it to stimulate first some thought and discussion, and then eventually some action. Maybe we’ll ask about that action down the road. This isn’t all we asked in the survey, but that’s a good idea to chew on for this week. More to come.